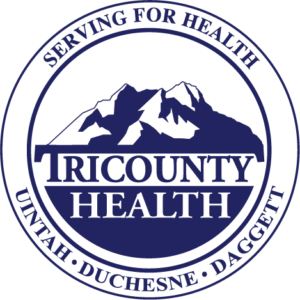 Top 10 Facts About Groundwater Use
Only 1 percent of the water on Earth is useable, 99 percent of which is groundwater.
The United States uses 349 billion gallons of freshwater every day.
Groundwater is 20 to 30 times larger than all U.S. lakes, streams, and rivers combined.
Groundwater accounts for 33 percent of all the water used by U.S. municipalities.
44 percent of the U.S. population depends on groundwater for its drinking water supply.
More than 13.2 million households have their own well, representing 34 million people.
53.5 billion gallons of groundwater are used for agricultural irrigation each day. In 1990 that number was 2.2 billion.
The largest U.S. aquifer is Ogallala, underlying 250,000 square miles stretching from Texas to South Dakota. Scientists estimate it could take 6000 years to naturally refill the aquifer if it were ever fully depleted.
California pumps 10.7 billion gallons of groundwater each day, a third more than the second-highest state, Texas.
Groundwater is the world’s most extracted raw material with withdrawal rates in the estimated range of 259 trillion gallons per year.

Question to ponder: If my septic system is putting wastewater into the ground, and my private well is pulling water out of the ground, does that mean I’m drinking toilet water?

When was the last time you tested the water from your private well? If your well was drilled after 2008, and it was in conjunction with a new septic system, TriCounty Health required it to be tested for contaminants. If your well is older than that, or if you’ve recently moved in to a new home with a well, you may want to see what is in your water. Regardless of when it was drilled, EPA recommends private well owners test their wells annually for bacteria, nitrates, total dissolved solids, and pH. Other testing should occur at different frequencies depending on your stage of life, current health condition, and when you notice a change in your water. EPA Homeowner’s Guide to Testing Drinking Water

TCHD can currently process samples for bacteria, and will soon have the capability of testing for Nitrates, but samples for other contaminants would need to be processed at a Salt Lake area lab. Examples of other contaminants of concern include: heavy metals (lead, copper), poisons (arsenic, cyanide), nitrates, sulfates, etc. (Nitrates cause Blue Baby Syndrome) You may even want to simply know the sodium levels if you suffer from high blood pressure.
Bacteria and nitrates in your water could indicate an improperly functioning septic system–either a neighbor’s or your own. Or it could be a result of flooding and an improperly protected well.
Depending on what kind of Spring and Summer we have in the Uintah Basin, flooding is a very high possibility. You’ll want to have your well tested after a flood event, and you’ll want to do what you can now to prevent your well from getting hit with floodwaters.

Sample bottles and forms for all types of tests are available at both the Vernal and Roosevelt offices.

Another big component of the topic of groundwater is the kind of water we put back into the ground. If constructed, used, and maintained properly, a septic system is a low threat to the quality of water found in the ground. However, if not done properly, septic systems can be a great threat. The soil in your yard acts as a great filter that pulls contaminants out of the water so that it is clean by the time it hits the groundwater. If the soil doesn’t have a sufficient opportunity to clean the wastewater, contaminants will reach the water, and get into your drinking water supply. Regular maintenance of your septic system will help ensure the groundwater remains good enough to drink. It is recommended that septic tanks be inspected every 3-5 years, and pumped as needed. Spending a few hundred dollars regularly may save thousands of unanticipated costs down the road. Companies currently permitted to inspect and pump septic systems in the TriCounty area can be found here: Liquid Waste Operators

What is kick Juul day?
Scroll to top